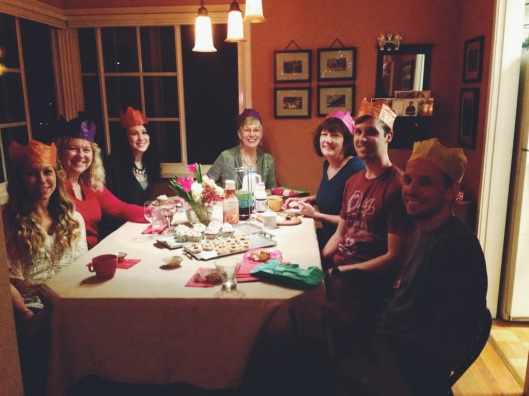 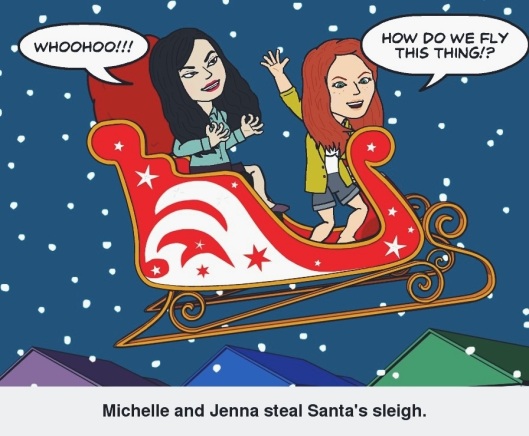 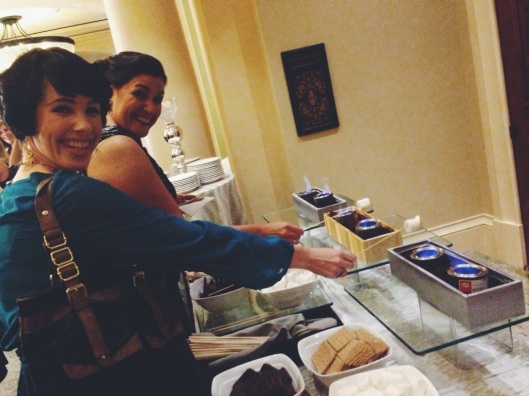 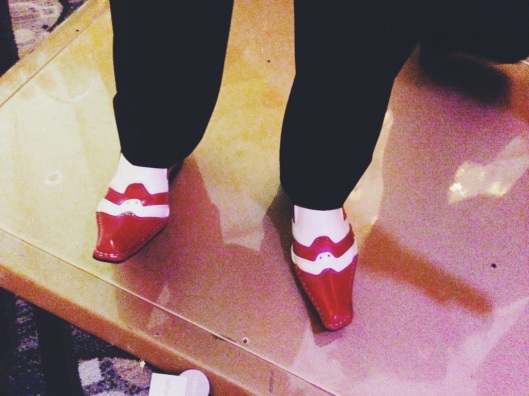 What happens when you leave your phone alone: 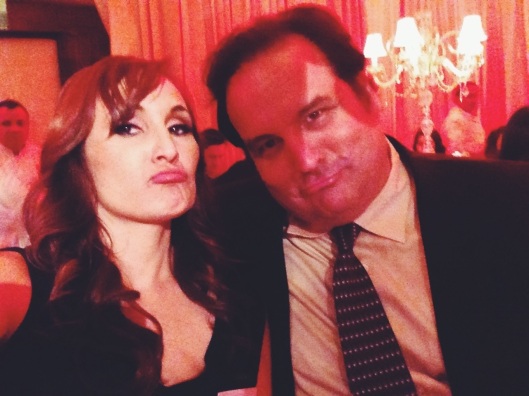 Lipstick that lasts all day long: 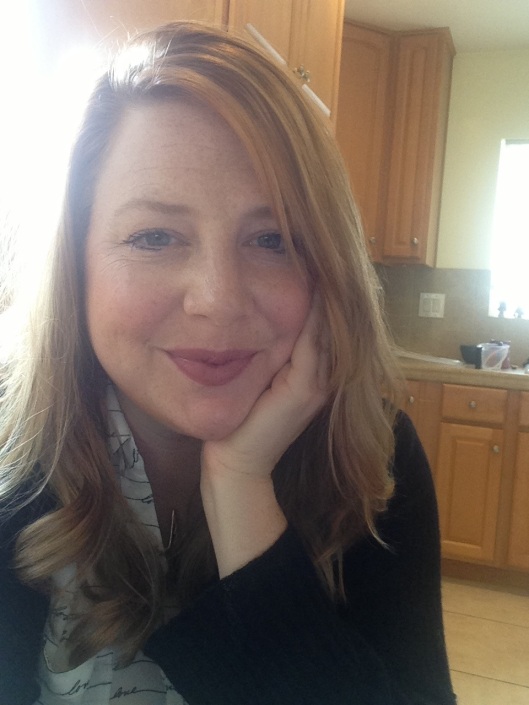 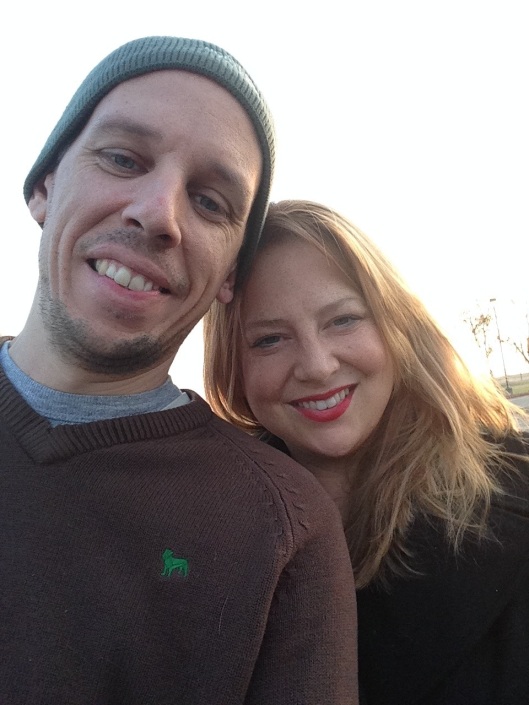 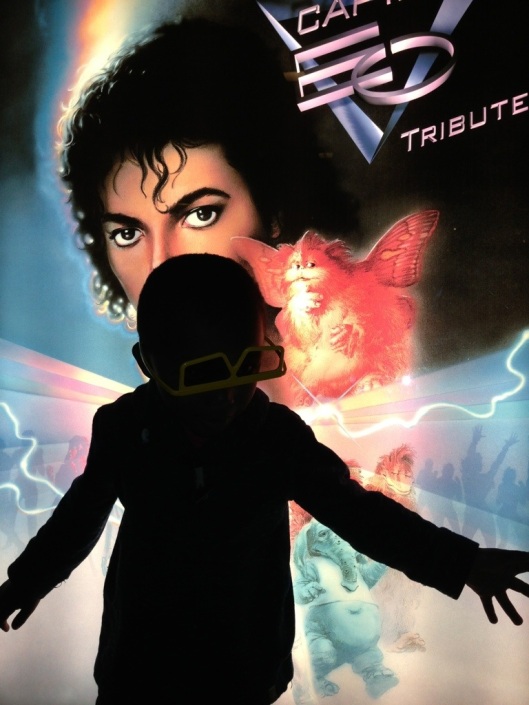 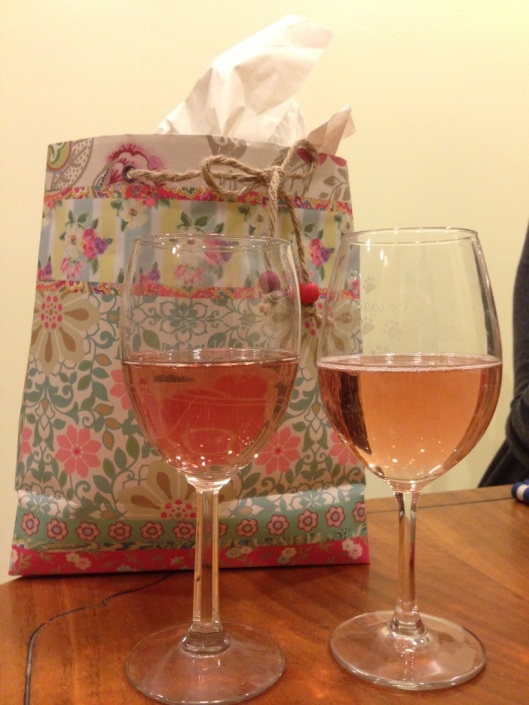 Last night, I had a bad dream. I think it’s because my neck has been sore and I haven’t been sleeping well the past week. Anyway, Little T usually crawls into bed with us sometime during the night. He’s a snuggle bug and doesn’t like to sleep alone. We don’t encourage it, we aren’t against it, it is what it is. We do insist that he starts out in his own bed, but its rare that he ends up there.

So last night, I had a bad dream that involved Little T getting hurt, and all I wanted to do when I woke up was snuggle him and make sure he was okay. Big T went to get him from bed, and carried him into our room, which has never happened before. Tired Little T asked in his tiny voice if I had a bad dream. I told him I did, and he said he’d protect me. He can be pretty adorable sometimes. I think it’s good because it evens out the times when he’s a total threenage terror on little legs. 😉

This morning I woke up early and started working, and Little T walked out and asked again if I had a bad dream. I told him I did. Then he asked if that’s why Big T brought him into the room so he could protect me. I told him it was.

After that, I heard Little T walk into our bedroom and tell a still kind of sleeping and groggy Big T that Big T was a good boy. Little T said that Big T did a good job for bringing him into Momma’s room, and that he was a really really good boy because of it. He gave him a few more “good job, dadda’s” before coming back into the living room for breakfast.

I liked hearing Little T give his dad some genuine praise. It was so sweet and heart Felt, but also interesting to hear how much weight he places on the phrase “good boy” and “bad boy”. To him, it’s the best and worst thing you can call someone. It makes me think about being sure to use those phrases carefully, because they do mean so much in his world.

Anyway, here’s to better nights and dreams ahead. If I’m going to have bad dreams though, I am glad Little T is around to protect me. 😉 He is the best of good boys, in my book.

At the petting zoo this morning, Little T discovered that he had the “One Carrot to Rule Them All.” 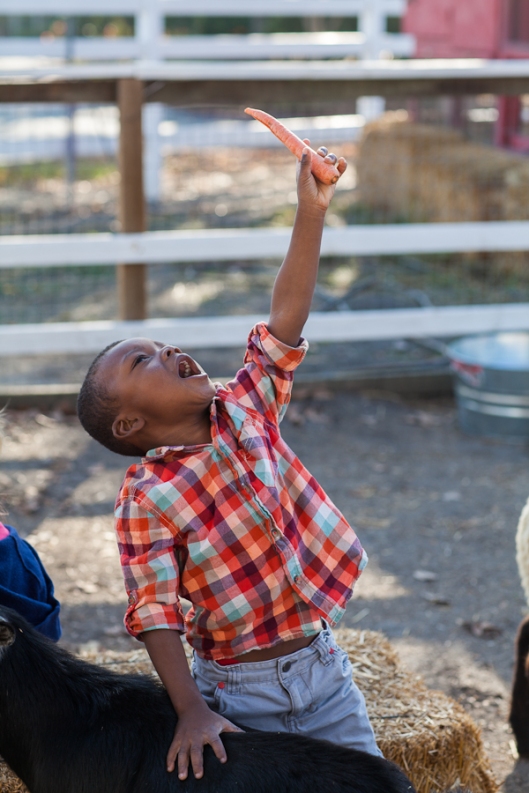 I wish I had video, then you could hear all the Cal Poly Pomona Petting Zoo animals saying, “my preciousssssssss”. 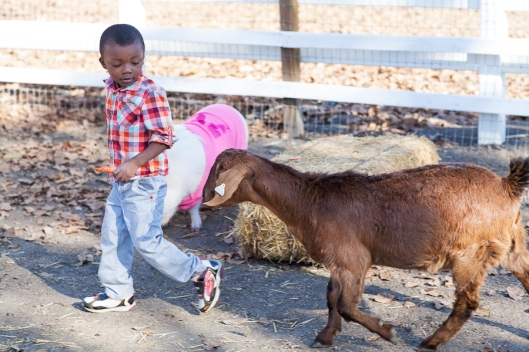 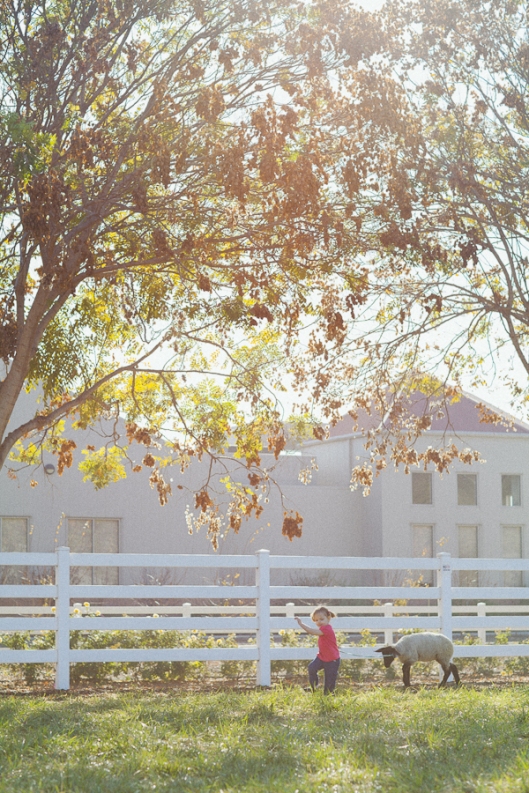 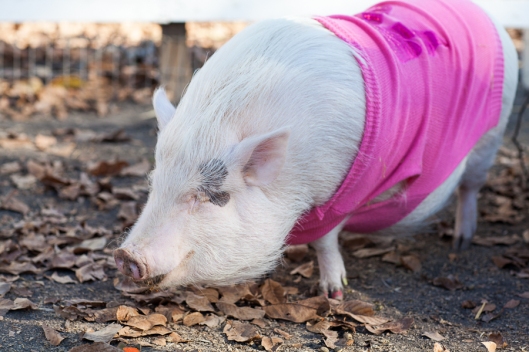 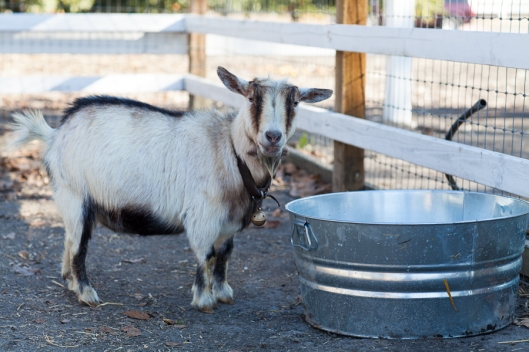 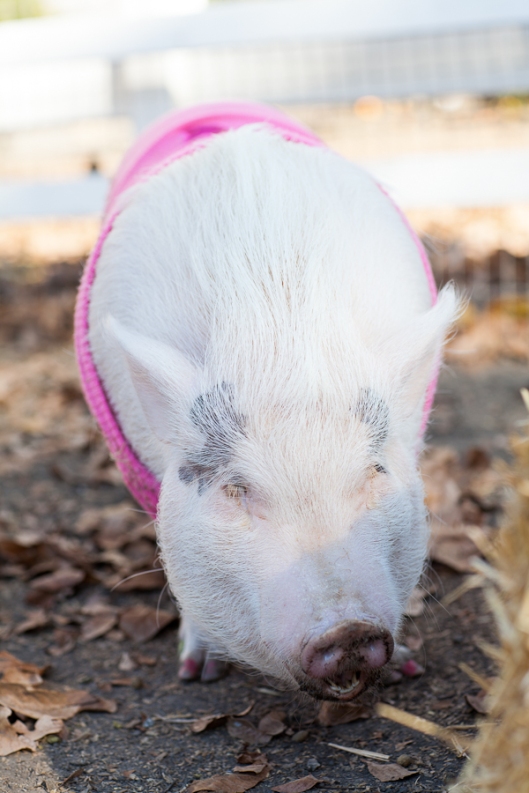 We’ve been spoiled this week. My birthday has made for delicious meals, and I’m sad that I didn’t get a photo of Chef Chloe’s Tempeh Picatta, because it was amazing. The tempeh made for good leftovers though. We grilled it with BBQ sauce and have had it for several days over. I think it may be a new favorite in our household. So here it is, a few of our meals over the past week or two. 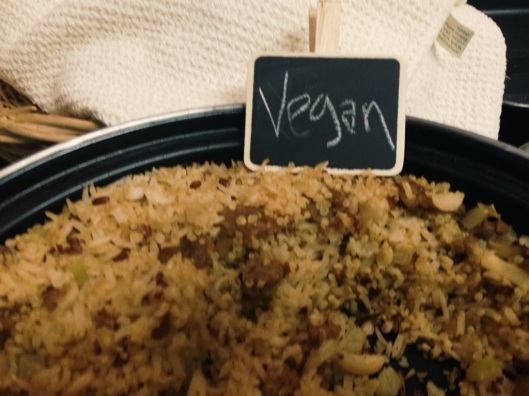 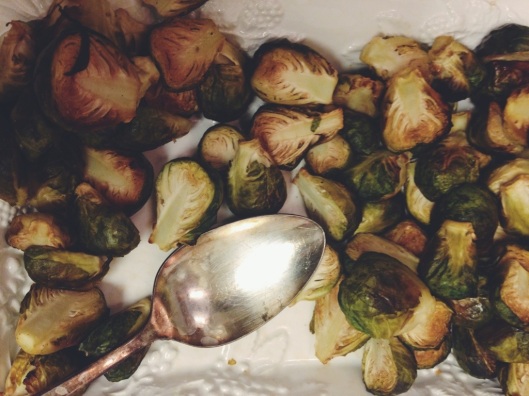 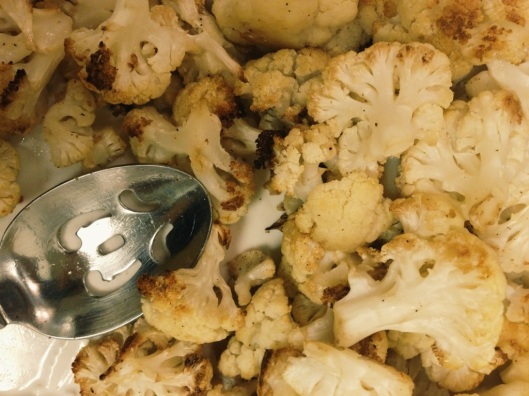 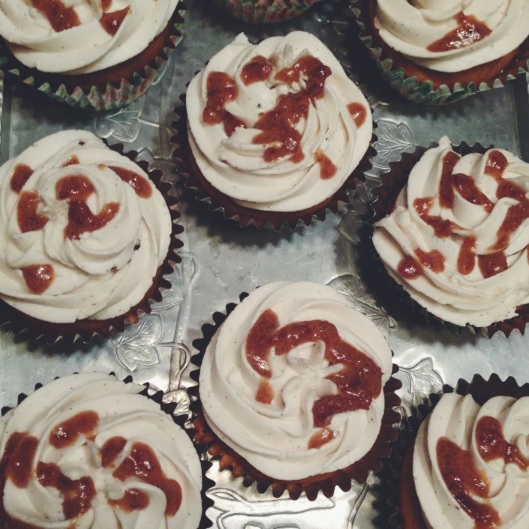 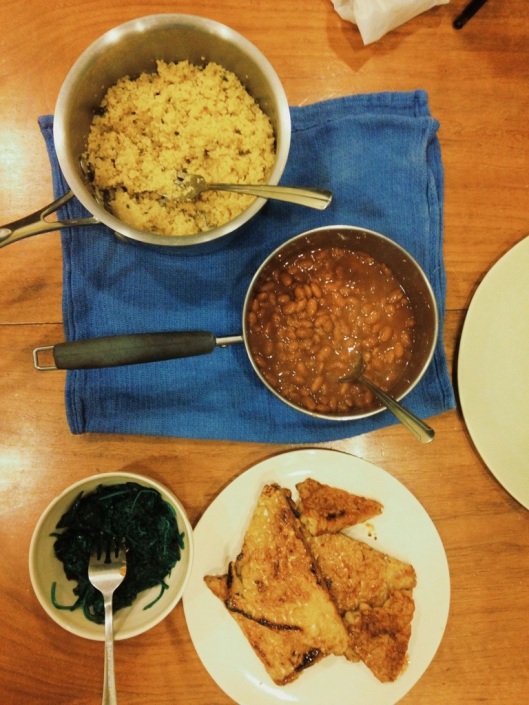 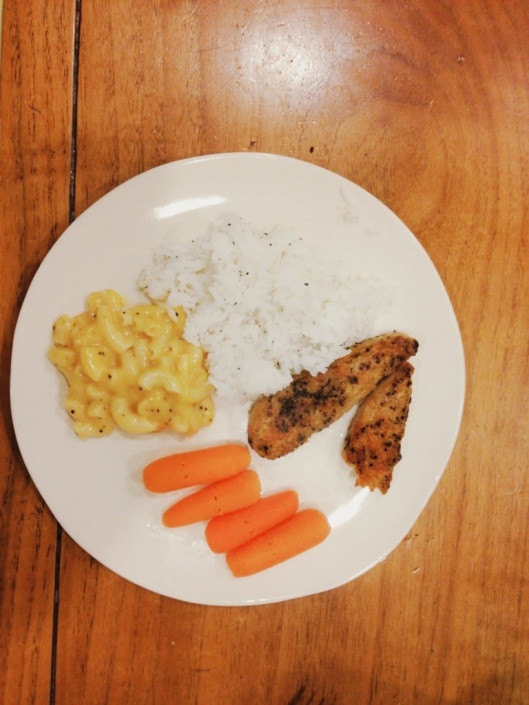 Little T’s favorite will always be rice. Cooked any way, as long as its on his plate, he’s happy. 🙂

One of the things that has been hard for Big T and I, is finding ways to have a date night. Our family lives far away, and our friends have full time jobs. The nanny service that we use is wonderful and reliable, but pretty pricey~so we only use it on rare occasions. Thankfully, we discovered the coolest movie theater, and I just have to share it with you all.

If you like going to the movies, you have to check out the Harkins Theater in Chino Hills. They actually have an on site childcare center. For only six dollars, they’ll watch your child for the duration of the movie. Parents are given a buzzer to hold during the movie in case the childcare center needs to reach them, and children are given access to a pretty cool and fun place. It’s run by childcare professionals, and they have a area for kids to watch movies on their own, an art center, a game station, and lots of other fun things for the kids to do. The first time we took Little T, he thanked us for taking him and asked when he can go again, so I’m thinking it was a success. My mom gave us a gift card for my birthday, and said she was happy to give us date nights since she can’t be here to babysit and give them to us in person. Isn’t that sweet? The gift of grown up time! 🙂

Play Center From the Outside: 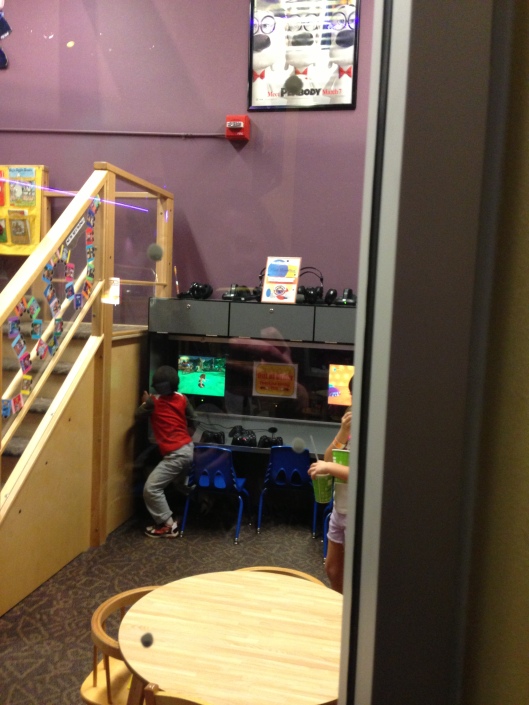 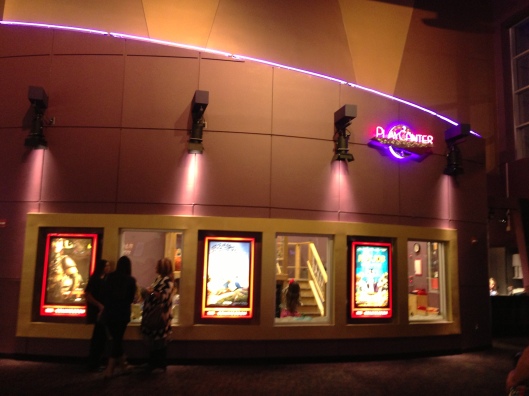 Here’s Some More Info for You:

Allergies and Dairy Free Food at the Theater:

One of the cool things I love about the Harkins, is that they have a lot of healthy options at the snack center like almonds and dried fruit. None of their concession food items have transfats, and they are dedicated to making sure there are healthy food options available. At the play center, they give complimentary popcorn and water to the children. I was able to confirm through Harkins that their popcorn is gluten and dairy free.

The child care center said I was welcome to leave our own food for Little T with the Play Center Staff, in case I wanted him to have another option besides popcorn, but Little T was so excited about the popcorn that we didn’t think he needed anything else during the movie. Popcorn one of his favorite snacks and he told us all about having popcorn at the theater after we’d picked him up. 🙂

All in all, it was a great experience and we are so glad to have discovered this! I hope you all get a chance to see those great holiday movies that you may not have had a chance to see otherwise!

For more information and other Harkins Locations: Check here!

Happy New Year, everyone! I hope you had a wonderful time ringing in the year. I feel like we’re always a bit of an old couple for New Years because we prefer to spend it quietly, so this year we went to a friend’s house in Pasadena and decorated vegan sugar cookies, before enjoying a delicious meal. We celebrated the East Coast ball drop at 9:00, then went home and fell asleep before ten. Boring, I tell you! 🙂 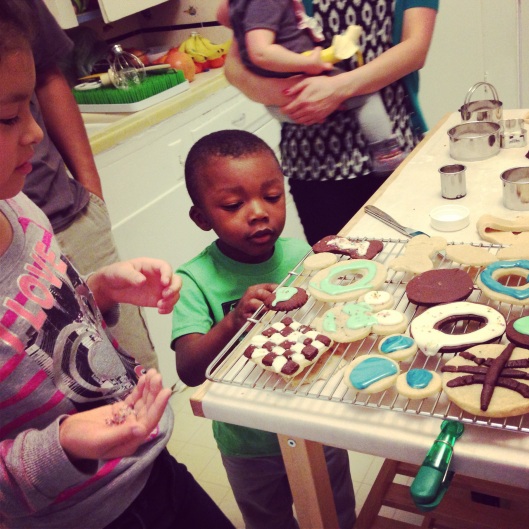 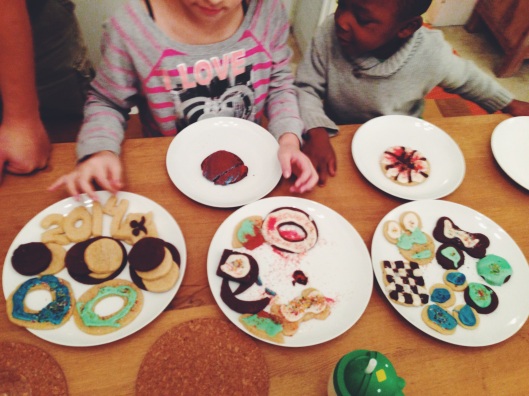 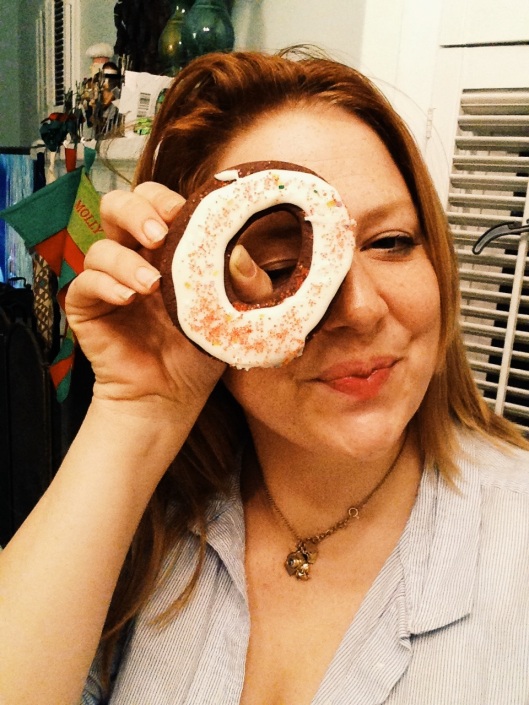 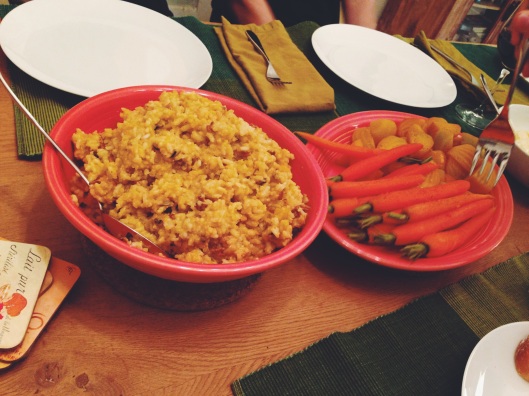 Yesterday I had an engagement session at Disneyland, so Big T told Little T that he’d take him along to Disneyland while I was working. I don’t feel like it’s been that long since Little T has been to the park, but apparently it’s been ages, judging by his excitement, haha.

At three in the morning he woke us up and was ready to go. He’d packed a bag that included a mini basketball and a pirate sword, which to a three year old is basically all the essentials needed for a Disneyland trip. We told him it was still dark outside, and after a little persistence on his part, told him we wouldn’t go to Disneyland at all if he didn’t go into his room and close his eyes.

When I got up at 5:00 (I couldn’t get back to sleep and finally decided to just get up and work) I heard him humming in his room. I went inside to discover him sitting straight up on his bed with his eyes closed. He took our instructions very literally, it seems. :p

When we finally got on the tram, Little T let us know that he’d decided we should all live at Disneyland. He looked a little nervous when we started talking logistics (Little T can stay in Mickey’s house, and we would be across the way at Minnie’s), but said it was still what he wanted to do.

As the tram pulled up to let us out, he started clapping and cheering, then jumped off the tram and threw his hands in the air and shouted, “WE’RE HERE AT MY FAVORITE PLACE!!!!!!” There were a few chuckles from people getting off the tram. I’d like to think his enthusiasm was contagious. 😉

I didn’t join him until later, but Big T said he was chosen for the Jedi Training academy, but then he started to get a little nervous when Darth Maul appeared and Little T decided not to train. There’s always next time, Little T.

When I did meet with my two T’s, Little T’s CP and a combination of waking up early, was making his leg tired. We said we’d go on one more attraction and call it a day. Afterward, Little T asked if he could please take his nap in his stroller so we could stay, and so Big T and I looked at each other with a sigh decided to stay a little longer.

It actually was nice, we went to the bar at Carthay Circle and had a glass of wine or two while we waited during his nap. We met up with two amazing couples I’d photographed who happened to be at the park, and had some much needed grown up time. 🙂 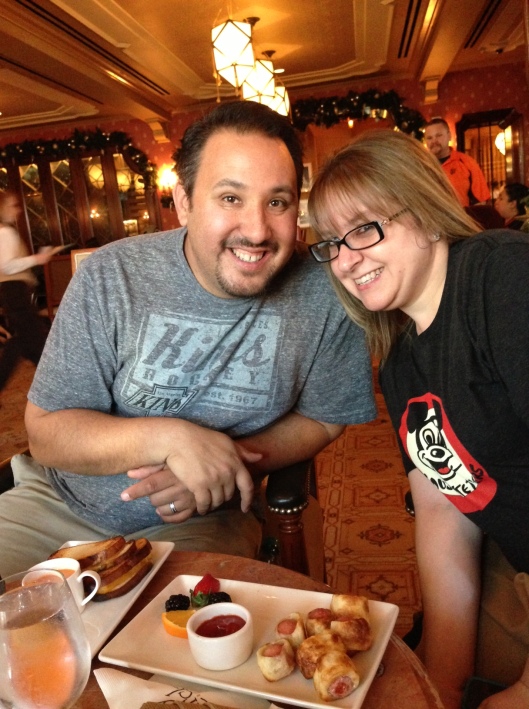 When Little T woke up, it was just in time to use his fast pass for Space Mountain. He’d been begging us to go on it ever since he couldn’t go at Disney World (at the time he didn’t meet the height requirement). He was more than tall enough here, so we decided it was okay. He was really excited, and when we got off the ride said he was scared but wanted to go again. I think this photo says it all. 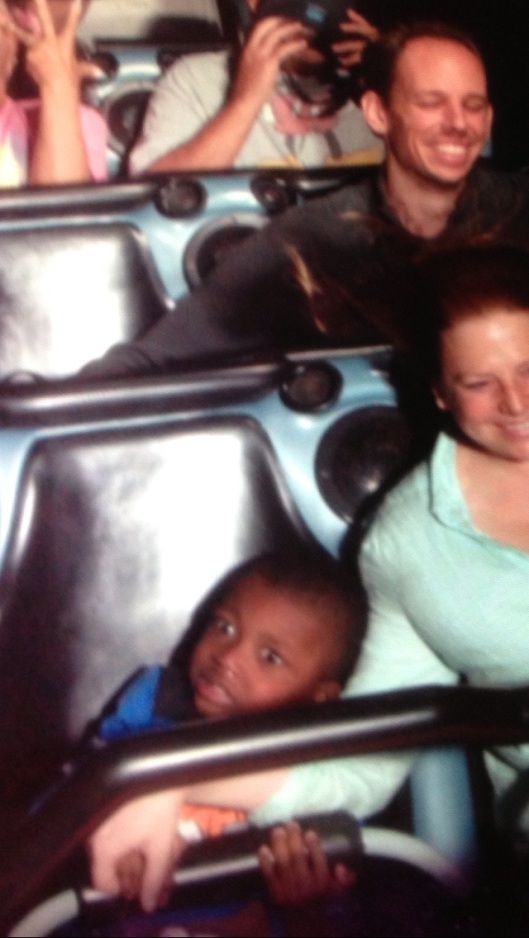 After that we said it really was time to go home, and started to make the long walk back to the parking lot.

On the way back to the car, Little T told us he loved Disneyland. I’m glad he loves it so much. I do too, Little T. 🙂