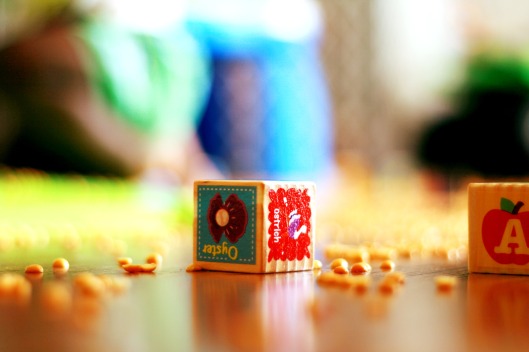 I mentioned earlier that Little T has mild hypertonia. Yesterday, he had his evaluation with his new occupational therapist. She is going to work with him on holding crayons, eating food with a spoon, snapping buttons, putting puzzles together, and anything else that requires fine movements. I loved her and I’m so glad she’s going to be working with us! She gave Big T and I a million different activities to do with Little T so we could develop his fine motor skills. One of the ideas she mentioned was putting blocks in a bowl of dry beans, so we could work with Little T on pulling the blocks out.

I mentioned this activity to Big T. He said, “How are we going to do that? It sounds messy.”

I told my Mom over the phone. My Mom said, “won’t he eat the beans?”

I, on the other hand-said, “That sounds like fun! I think I’ll try it first thing tomorrow morning!” *cue ominous thunder and lightning*

This morning I sat next to Little T on the floor and presented the bowl. I put in the blocks and covered them with the lentils. Little T was hesitant at first. He was scared to touch anything, so I gently took his hand and put it in the bowl and showed him where the first block was. His face immediately changed from fear to pure bliss, as he started to swish his hands around the lentils.

“Uh, Little T. You’re supposed to get the blocks out,” I reminded him. I took a block out to show him and encouraged him to try.

Instead of grabbing the blocks, he started swishing the lentils around so hard they began to fly out of the bowl. I instinctively protected my eyes from the spray of lentils coming my way. Little T then decided the lentils were more fun on the floor, and poured the entire bowl across the room.

Naturally, at this point, I stopped him so I could clean up the floor.

Who am I kidding? I went and grabbed my camera and photographed the chaos. 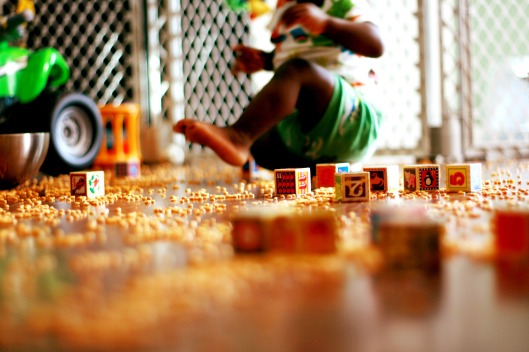 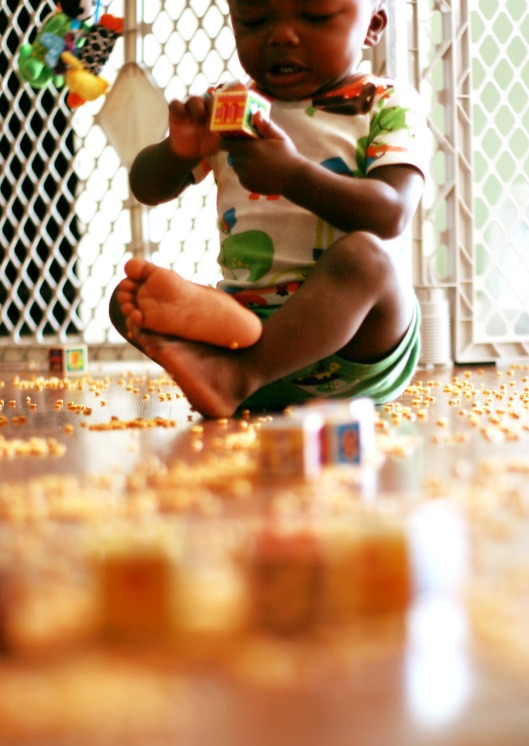 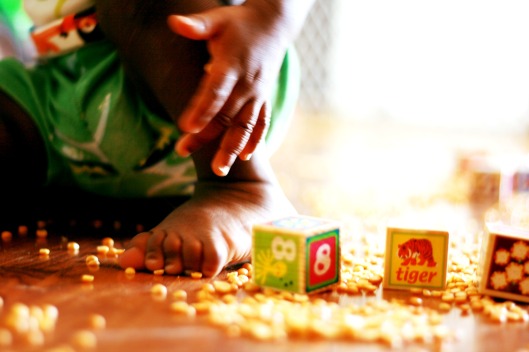 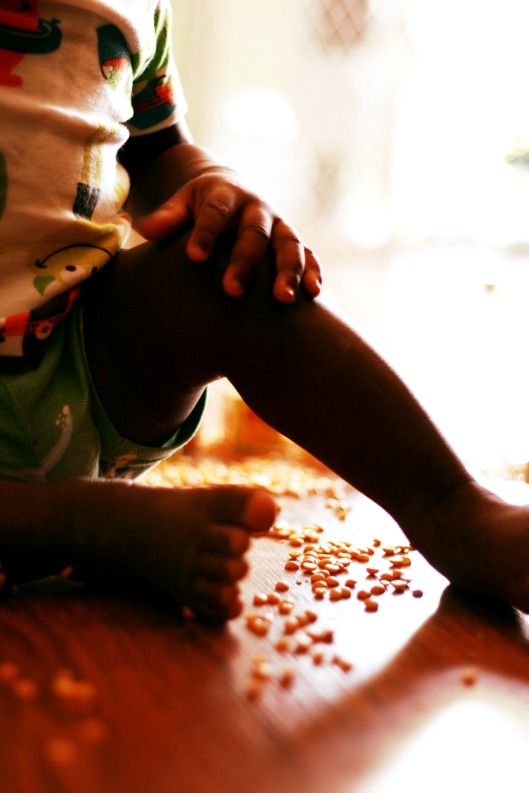 Well, I have some cleaning to do. It might take me a while to finish. You see, Little T’s not the only one who gets to have fun around here.  😉 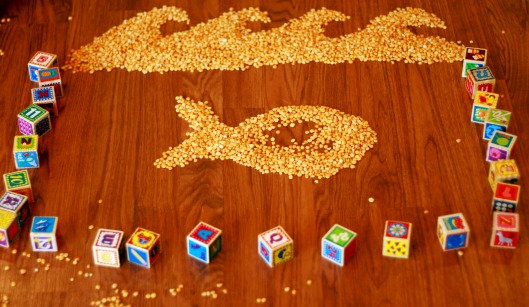 6 thoughts on “If you’re looking for me, I’m over here with the dust pan.”